Owen Waters was born in Acle, Norfolk in 1916. After education at Great Yarmouth Grammar School he entered the Civil Service.

Returning from Army war service (1940- 1946) he revived his childhood interest in painting. Although not having had any formal art training, he joined the ‘Great Yarmouth Society of Artists’ and the ‘Norwich Art Circle’. His artistic talent was recognised and encouraged by meeting such eminent artists as Sir Arnesby Brown RA, Campbell Mellon and Edward Seago who became a friend, critic and adviser and with whom he often painted alongside.

In 1970 Owen Waters retired from the Civil Service to concentrate on his painting, becoming a full­ time artist. His work was highly appraised and keenly sought by avid collectors. Owen Waters preferred to sell his work through local exhibitors and selected galleries. From 1987, Tudor Galleries was privileged in being frequently invited to visit the Acle Studio and acquire paintings directly from the artist.

Owen Waters enjoyed sailing his boat named the ‘Bessie Belle’, moored nearby at Acle, from where he painted the mills, dykes and marshes of his beloved Broadland.

Music played an important part in his life and he shared this interest with his good friend and fellow professional artist, Kenneth Denton.

In his latter years he could no longer work on a larger scale but producing paintings on 9″ x 12″ and 12″ x 16″ boards. His last painting was of St Benets Abbey and was still unfinished on his easel when Owen Waters died on 30th June 2004 aged 88 years. 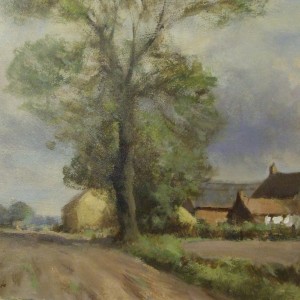 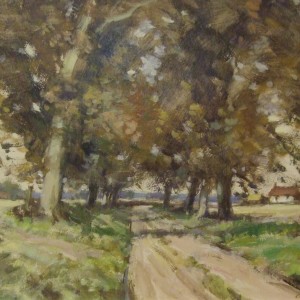 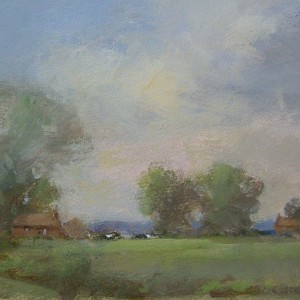 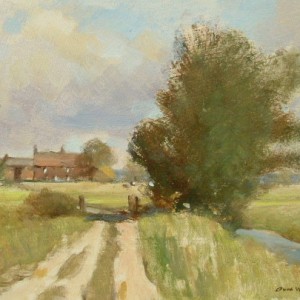 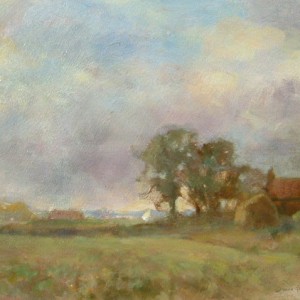 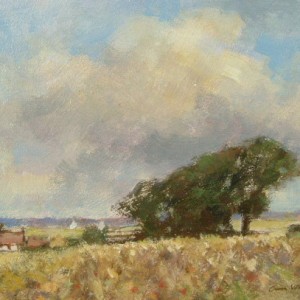 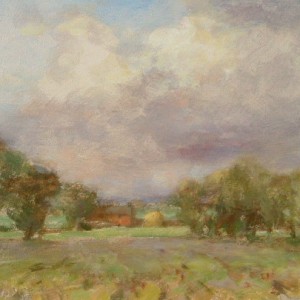 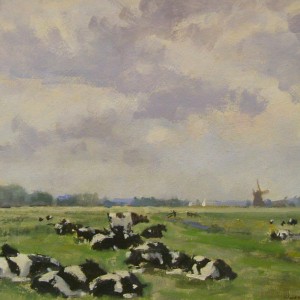 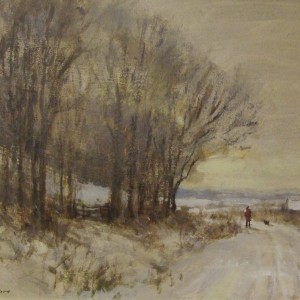 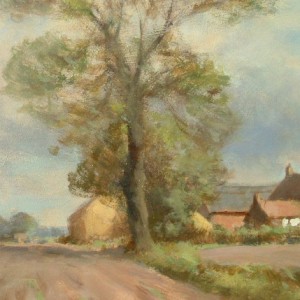 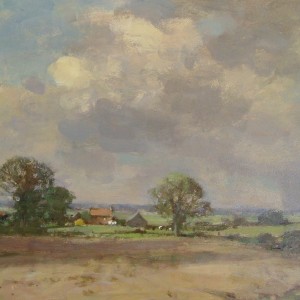 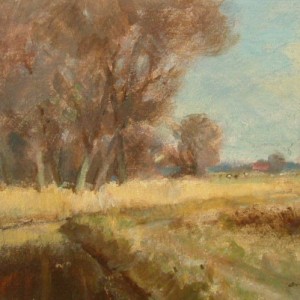 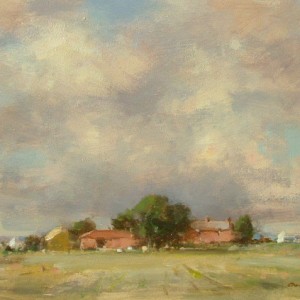 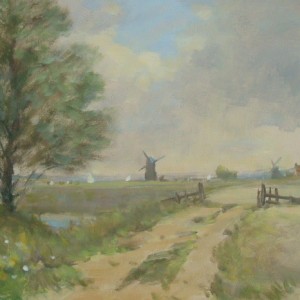